Ontorjatra (‘The Inner Journey’) is a 2006 Bangla film exploring complex issues of identity and dislocation in a diaspora world. A divorced mother and her son return to Bangladesh after 15 years in London after the ex-husband’s sudden death and funeral. The story follows the transforming experience of the mother and son as they come to terms with this loss. For the British-bred son with no memory of his father or “homeland”, the return is a journey of rediscovery and self-actualization. For the mother the journey is a mixture of anxiety in anticipation of a difficult reunion and nostalgia for her youth. By the directors who brought Matir Moina “The Clay Bird” that won several awards among Cannes Film Festival. This film screening is open to the public.

With the participation of Nieman Fellows from Asia

Co-sponsored by the South Asia Initiative, the Fairbank Center, and the Reischauser Institute

Sponsored by the FXB Center at Harvard, co-sponsored in part by SAI

Sahib Bibi Aur Ghulam is a based on a Bengali novel by Bimal Mitra, providing a glimpse into the fall of feudalism in Bengal during the era of the British Raj. The film explores a platonic relationship between the lonely and beautiful wife of an aristocrat and a hard-working, part-time servant. The film has been rated among the top Bollywood movies ever produced and has won four Filmfare Awards. Sahib Bibi Aur Ghulam features starts Guru Dutt, Meena Kumari, Rehman, Waheeda Rehman, and Nasir Hussain. Please join us for an evening of colorful music and classic Hindi film. This film screening is open to the public.

Co-Sponsored by the Department of South Asian Studies.

Vivek Bald is a scholar and filmmaker whose work focuses on histories of the South Asian diaspora. His current project traces the lives of South Asian Muslim silk peddlers and merchant seamen who settled within communities of color in the U.S. South, Northeast, and Midwest in the late nineteenth and early twentieth centuries. It is the basis for a forthcoming book, Bengali Harlem and the Lost Histories of South Asian America (Harvard University Press, 2013), and a documentary film, In Search of Bengali Harlem. 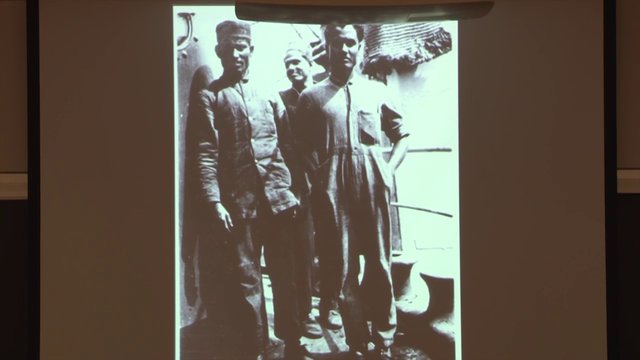 Bengali agrarian politics of the late colonial period turned to a very great extent on debates over property. To make sense of the emergence of this kind of agrarian politics (which could be variously articulated in terms of the aspiration to “Muslim emancipation,” “cultivator rights” and “tenant rights”) requires an account of the process by which political-economic concepts were vernacularized in the Bengali countryside in the later nineteenth century.

EVENT CANCELLED DUE TO SNOW –

History Off Center: Writing from the Margins of Empire

The historiography of the Mughal Empire (1526-1857) has traditionally been the monopoly of specialists who work on Persian documents. Professor Busch shows how the use of new archives, particularly the literary genres written in classical Hindi that are her specialty, brings new domains of early modern experience—political, social, and religious—into view. She is especially interested in precolonial visions of power, justice, and community.

Dead Reckoning: Memories of the 1971 Bangladesh War by Sarmila Bose