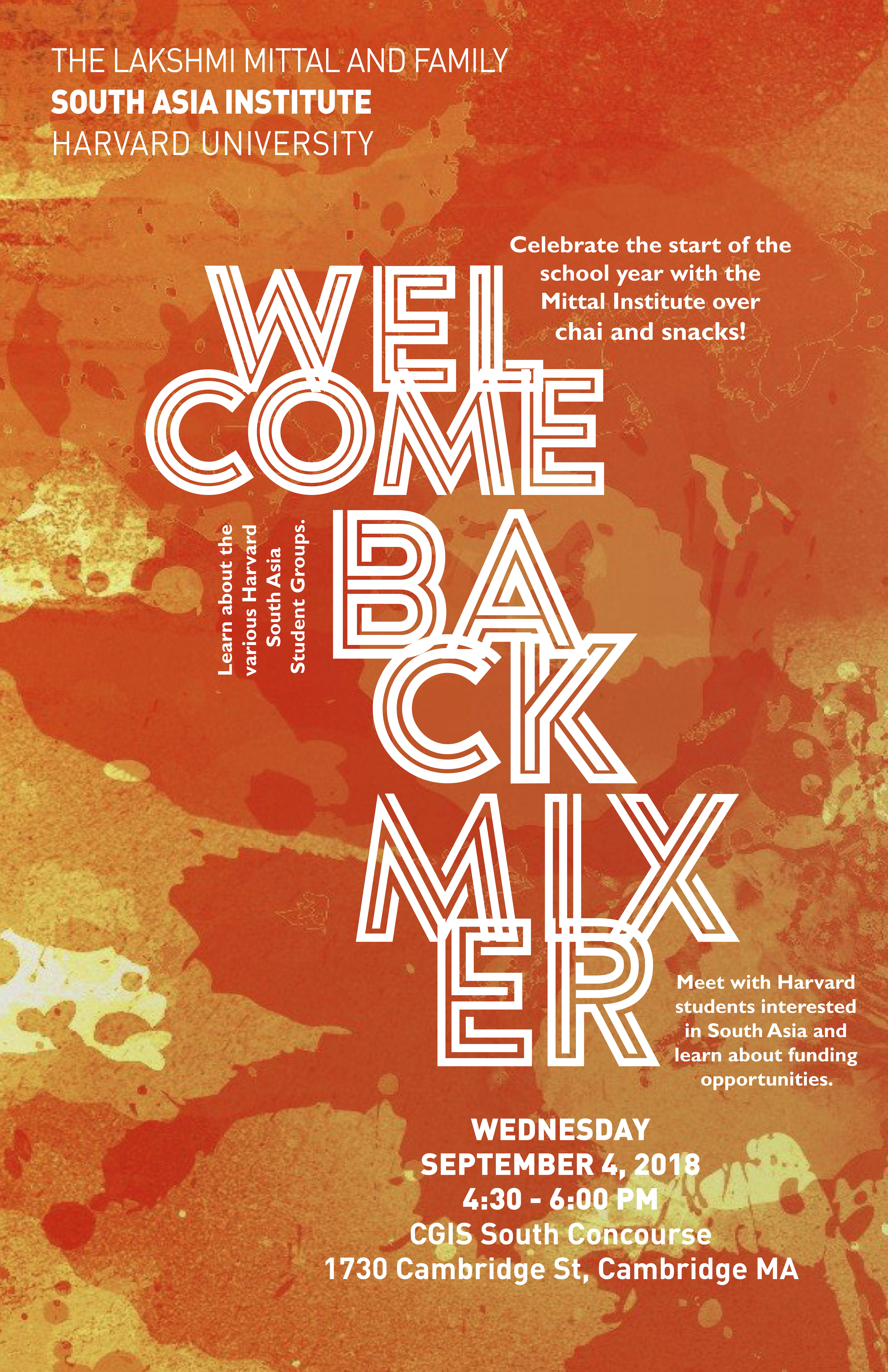 The theme for this year’s India Poetry Reading is “Compassion.” This annual event celebrates India’s contribution to the field of literature and invites local poets to recite original compositions in the language of their choosing.

This event is presented in partnership with the Department of South Asian Studies at Harvard University and South Asian Poets of New England. A lecture and demonstration by Mallika Sarabhai, one of India’s leading choreographers and dancers for over three decades. In constant demand both as a soloist and with her own dance company, Darpana, she has created and performed classical and contemporary works around the world. A constant activist for societal education and women’s empowerment, Sarabhai has created numerous stage productions that have raised awareness about crucial issues, advocating change throughout India. Amar Kanwar presents an artist talk. The following evening on Friday, April 19, 7 pm, Such a Morning will be screened at the Harvard Film Archive.

Both Amar Kanwar programs are presented in collaboration with The Carpenter Center for the Visual Arts, Harvard Film Archive, Film Study Center, and The Lakshmi Mittal and Family South Asia Institute, Harvard University. The show features two artists from Pakistan and India who reflect on the impact of The 1947 Partition of British India in their works. Mahboob Jokhio and Krupa Makhija explore the interplay between culture, language and identity through a deeply personal lens.