Our Fall 2019 Visiting Artist Fellows, Sagar Chhetri from Nepal and Sakshi Gupta from India, will exhibit their artwork to provide creative commentary on identity today in South Asia. During the reception, both Chhetri and Gupta will present their work and engage in a discussion with the audience. Snacks will be served at the October 15 opening reception!

Eclipse, Sagar Chhetri
At the Still Point of the Turning World, Sakshi Gupta 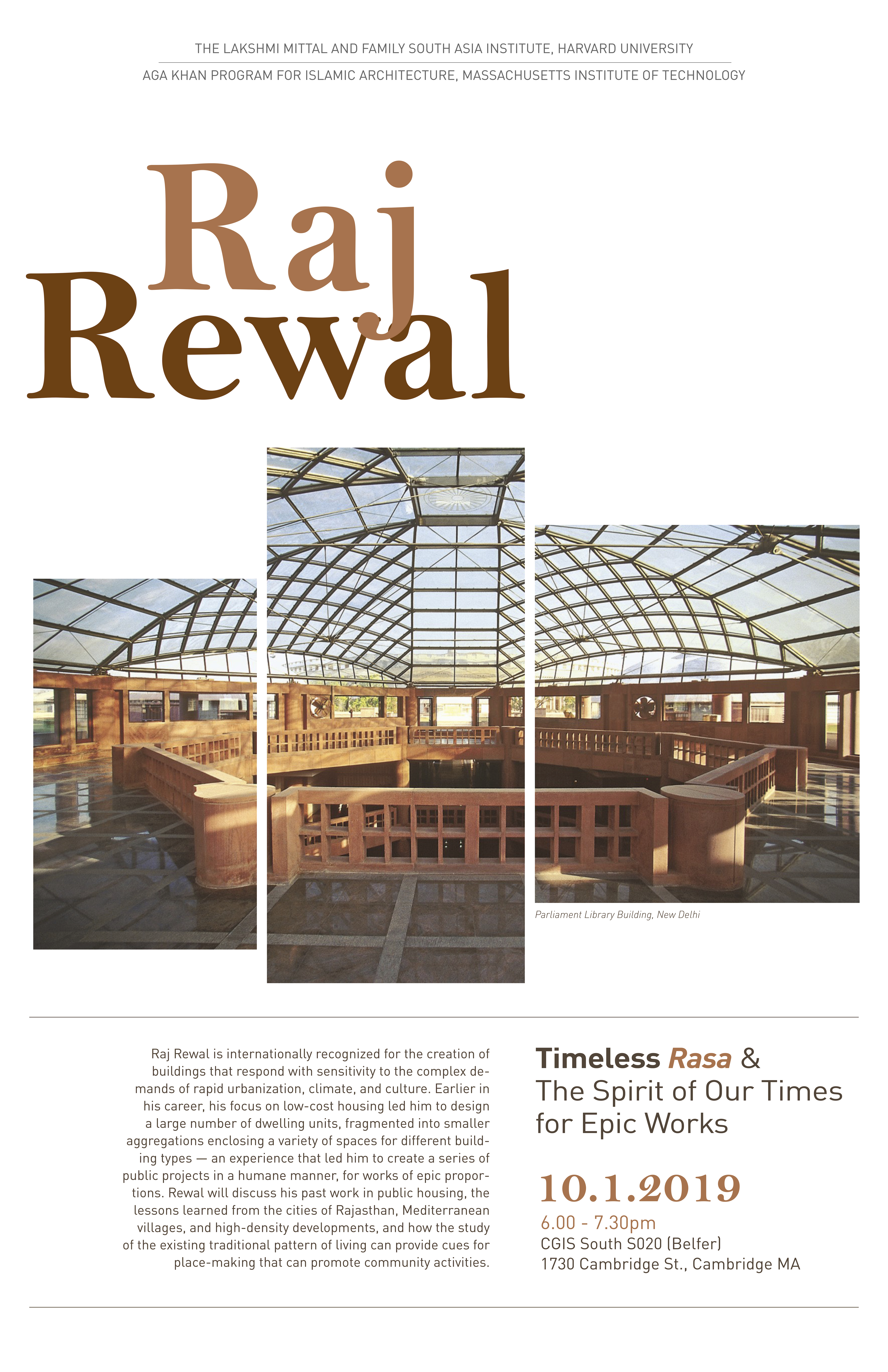 Raj Rewal is internationally recognized for the creation of buildings that respond with sensitivity to the complex demands of rapid urbanization, climate, and culture. Earlier in his career, his focus on low-cost housing led him to design a large number of dwelling units, fragmented into smaller aggregations enclosing a variety of spaces for different building types — an experience that led him to create a series of public projects in a humane manner, for works of epic proportions. Rewal will discuss his past work in public housing, the lessons learned from the cities of Rajasthan, Mediterranean villages, and high-density developments, and how the study of the existing traditional pattern of living can provide cues for place-making that can promote community activities.